A Volatile Brew of Plausible Deniability 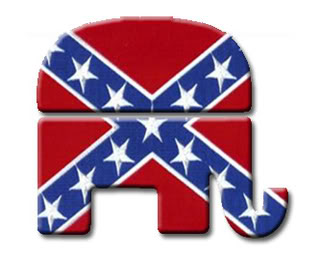 It's 2017. Are we seriously anxiously awaiting for the so-called president of the United States to denounce white supremacy, and act relieved when or if he actually does?

They're not thugs. They're not hoodlums. They're not hooligans. They're fucking racists. Terrorists! They think they're better than others because of the color of their skin, and they use bullying, threats, intimidation, fear and violence in an attempt to subdue and control others.

In the meantime it is they, the GOP leadership, taking their money and health care and jobs and brain matter and souls to increase wealth and power for a relatively small percentage of elitists.

And people believe them. People fucking believe them! People who think they are superior to others do not have the brain power of critical thinking to see the obvious; to see what's right in front of their noses. They could be drowning in the hot floods of climate change and if the GOP leadership tells them it's the fault of non-whites and gays and liberals and refugees and only they, only the GOP leadership, the only real Americans, can throw them a lifeline  . . . they actually fucking believe it!

And so they flood to the polls and vote Republican. They wave American flags and evoke the name of Jesus while ranting against refugees, the poor, the sick, the libtards, the snowflakes, the non-whites . . . the 'others'.  They want to make America great again.

This volatile mix of frustration, confusion, ignorance, half-truths, lies and, yes, stupidity boils over to anger, rage, hate and violence. Some now wave Confederate flags, and Gadsten "Don't Tread on Me" flags and Nazi flags. Nazi flags! In the United States of America.

Some drive their cars into hordes of peaceful protesters.

It's a recipe for insanity, and GOP leaders are the master brewers, adding a potent dose of plausible deniability, while continually feeding the monsters of their creation growing out of control.

They call these monsters "Thugs."
Posted by David Stalling at 12:03 PM 1 comment: