In the Hunting World, There is no Room for Dissent (You Can't Go Home) 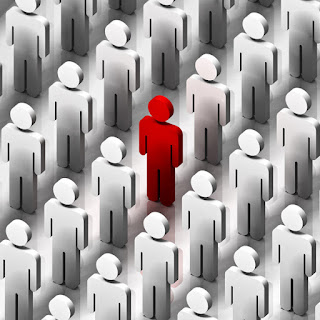 A few days ago I read a good essay written by an outdoor writer I have long admired and respected. It was about how we hunters, through license fees and excise taxes on hunting equipment, pay most the bill for state wildlife management and habitat protection. Which is true. But then it delved into the tiresome, arrogant, widely-touted, propaganda-sort-of bullshit about how we hunters care about and do more for wildlife and wild places than non-hunters.

I complimented the writer, but offered a respectful dissenting view regarding some of the flaws to our North American Model of Wildlife Management — the type of flaws Aldo Leopold himself recognized when he helped shape and influence the system more than 60 years ago — in which we hunters have the most power and influence, and therefore management sometimes emphasizes hunted species such as deer and elk to the detriment of non-hunted species, particularly fellow predators such as wolves and grizzlies.

My remarks were met with flippant arrogance and disdain. Like other aspects of our society, there is very little room in the hunting world for dissent or intelligent discord. You’re either with them or against them. You’re fully on the bandwagon or you get booted and run over. You get in line, share and praise the propaganda, or you’re voted off the island. Shut up or be shunned.

I deleted my comments. I ‘unfriended’ the writer. I abandoned my attempt at discussion. It’s no longer worth it. I’m tired.

I’ve been hunting most my life, and spent more than 25 years writing about hunting and working for hunter conservation groups. I spent ten years working as a writer and conservation editor for a popular hunting magazine produced by a large hunter-conservation organization. I helped found Hellgate Hunters and Anglers in Missoula. I served two terms as president of Montana’s largest and oldest hunting conservation organization (a group that, in more recent times, fired me). Back in 2000, they selected me as Montana’s Professional Conservationist of the Year. I served on the board of directors of the Outdoor Writers Association of America and won several awards from the group. I’ve killed and consumed a pile of wild elk and deer.

But I just no longer fit in. I’m not sure I ever did. I still try at times. Sometimes I miss it.

Sure, I brought much of it on myself as a result of personal struggles (including some addiction issues) and by burning (demolishing?) a few bridges. I think, to some degree, coming out of the closet had something to do with it. But I’ve apparently lost all credibility and respect in the world where I once served as a leader. An employee of one of the better hunter conservation groups (“the sportsmen’s voice for our wild public lands, waters and wildlife”) recently, publicly ridiculed “green weenie tree-huggers,” insulted me, and told me “we have nothing in common and nothing to talk about” when I attempted to discuss it with him. (I quit.)

I’m on the Island of Misfit Toys. I’m an anti-hunter who hunts.

So now I stock fruits and vegetables at a grocery store for slightly-above minimum wage, and I’m always broke.

Sometimes I wish I could jump aboard and remain on the bandwagon; be a good, well-behaved, agreeable member of the good-old-boy (and gal) hunting clubs that even the best of groups have become. But there’s no turning back. You really can’t go home.