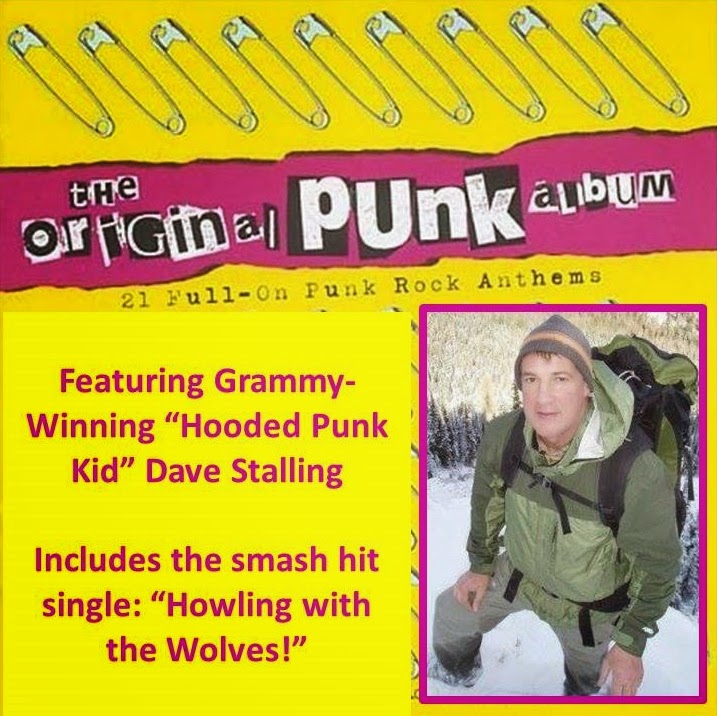 PART OF A FACEBOOK CONVERSATION I RECENTLY HAD WITH A HUNTER AND FISHERMAN FROM IDAHO FALLS:

• Ron Todd Summers: David, you rely on the studies of others whom have tainted your mind. Your still wet behind the ears and have a long ways to go before your opinion counts.

• David Stalling: Ron, I am 54 years old and have hunted, fished and roamed the wilds most of my life. I served in a Marine Corps Force Recon Unit; I earned degrees in forestry and journalism; I have worked for the U.S. Forest Service, Rocky Mountain Elk Foundation, National Wildlife Federation and Trout Unlimited, and served two terms as the president of the Montana Wildlife Federation . . . I've also killed 26 elk, most with a bow. And I fish. I've spent most of a lifetime around and observing elk, wolves, grizzlies and other wildlife. How long do the back of ears stay wet? Please tell me, what else do I need to do, and how much longer do I have to go, to become as wise as you old guru?

• Ron Todd Summers: David, first off let me say, I am sorry for saying you are wet behind the ears. Your profile picture should be changed and its misleading. If the wolves didnt play an important part in thining out the herd in yellowstone, then in 1995 when they were introduced was a big lie.

• David Stalling: Ron, Of course the wolves played a role in thinning out the elk herds. And that's a good thing. Elk herds are back within their historical range of variability -- at healthy, sustainable levels -- the habitat and other wildlife are better off for it. Why should my profile pic be changed and how is it misleading? It's me. It was taken recently in the Selway Bitterroot Wilderness.

• Ron Todd Summers: You look like a 16 year old. I am surprised a hunter would support the reintroduction of wolves that are killing all our elk.

• David Stalling: Well, thanks . . . I think. I guess the wilds keep me healthy. I am kind of surprised a fly fisherman would be opposed to the reintroduction of a species that has helped restore healthy landscapes, including the critical riparian areas that help maintain healthy rivers and streams that sustain healthy trout populations.

• Ron Todd Summers: Your picture profile still makes you look like a kid. So now your saying wolves help fish?

• David Stalling: Thanks Ron. As I said, the backcountry keeps me healthy. You seemed a bit overly interested in my looks. A kid? You might consider getting new glasses. But yes, an overabundance of elk hammered the riparian communities in the Yellowstone area -- riparian areas are critical in maintaining the healthy, functioning river systems that sustain the fish you catch -- and the return of wolves has helped knock elk back to healthy, sustainable levels. As a result, the riparian areas have improved, as has the health of the rivers and streams that sustain the fish you like to catch. It's all connected -- there's lots of cogs to a wheel, and they all play a role. That is how healthy, functioning ecosystems work.

• Ron Todd Summers: No not interested in your looks. I am straight. You said you are 54 yoa, I simply pointed out that in the picture you look like a hooded punk kid. See and that explains a lot about you being confused. Fisherman have not caused the decline in elk and the wolves have not increased the cutthroat population. Do you know how messed up that sounds? I dont care what facts or studies you are basing this on, you will probably say next that the moon is responsible for the populations.

• David Stalling: A hooded punk 54-year old former Force Recon Marine kid wearing a backpack and mountain parka in the middle of the Selway Bitterroot Wilderness in the winter? Can you see okay? And how does that explain a lot about me being "confused?" You need to read up a bit on ecosystems and understand how they function. Learn about the wild places you claim to spend time in and understand.

• Ron Todd Summers: A hooded punk kid playing in the snow doesn't make you a marine in the bitterroot, and an expert on ecosystems. Still not interested and very straight.

• David Stalling: Check out my latest album, available at most punk rock record stores:
Posted by David Stalling at 9:59 AM 2 comments: