Our Wild World Unraveling: Thoughts on Climate Change from a Hunter, Fisherman and Backpacker 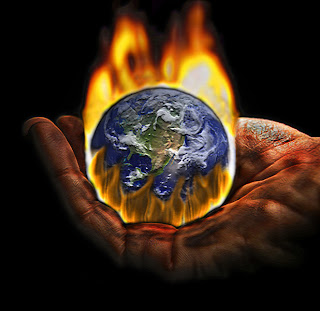 Summer 2015: Up north in Alaska temperatures are increasing twice as fast as most other places; Rivers and lakes are getting as hot as 80 degrees; Thousands of salmon and trout are dying; Wildfires are raging through subarctic forests; The permafrost is thawing; Villages are sinking.

Our world is rapidly unraveling from the top down.

Meanwhile, in Washington DC, our leaders continue to deny and evade the issue and do little to nothing. But it's not like an overwhelming force of Americans are demanding action. It's far easier for all of us to just look the other way.

It's not going away. It's getting worse.

I am not a scientist or a wildlife biologist. However, I am an avid hunter, fisherman, backpacker, hiker, mountain biker, backcountry skier and snowboarder who deeply cherishes the wildlife and wildlands surrounding my home. That is what brought me to Montana when I was honorably discharged from the Marine Corps in 1986, and it's what keeps me here. It's my passion and love for wildlife and wild places—inspired by my hunting and fishing—that keeps me fighting for the conservation and protection of fish and wildlife habitat and the wild places that sustains them.

The scientific evidence regarding climate change, and the consequences of human-caused release of global warming pollution, is conclusive and overwhelming, with even stronger evidence seeming to come forth every week. Those of us who are close to the land, and spend time among wildlife in wild places, are seeing much of this evidence first hand:  Warmer temperatures, shorter winters, less snow pack, earlier snow melt, less water and more drought.

Several years ago, I hiked from my front porch in Missoula to Waterton, Alberta. During this ten-week, 800-mile backpack trip, mostly off trail, I only crossed three roads, traveling through the Rattlesnake, Mission Mountains, Bob Marshall, Great Bear and Scapegoat Wilderness Areas, and Glacier National Park. This is some of the wildest, most unique and precious country left in the United States, providing the last strongholds for rare, threatened and endangered species such as grizzly bears, wolves, mountain lions, lynx, wolverines and pure strains of Westslope cutthroat trout and bull trout. With strong populations of elk, mule deer, bighorn sheep, mountain goats, moose and other wildlife, these places also provide some of the best hunting and fishing left in the nation.

But even here, in such remote, wild places, I witnessed evidence of what scientists and wildlife biologists have been warning us about for years. Snowpacks, so crucial in the arid West for supplying water to our rivers and streams, are rapidly declining. Diminished water flows makes for shallower, warmer streams, with less oxygen, making it more difficult for coldwater fish such as trout to survive. Increasingly, the Montana Department of Fish, Wildlife and Parks are implementing summer closures of rivers to fishing to protect trout overly-stressed from hot, dry conditions. On my journey, I also saw large chunks of forest impacted by increased occurrence of mountain pine beetle, which scientists are linking to trees being less resistant to insect and disease because of drier, more stressful conditions, and was particularly concerned by the rapid death of most white bark pines, which provides an important food source for grizzlies and other wildlife. I also walked through large expanses of charred forests burned by recent wildfires. Our western forests evolved with, and are adapted well to fire. However, drier conditions, combined with an increase in dead trees from beetle infestations, are resulting in more frequent, more damaging fires than what historically and naturally occurred, with serious implications for wildlife. Towards the end of my adventure, while hiking through Glacier National Park, I could visible notice a profound decline in the size of glaciers I have visited in past trips. Many scientists are predicting the glaciers in the park will be gone by 2020. 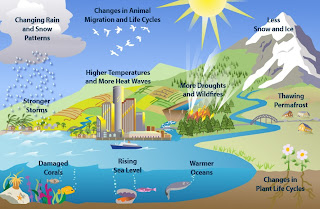 I know and have worked with hunters, anglers, outfitters, guides, ranchers, county commissioners, tribal leaders and others throughout Montana and the West, and I hear similar reports and concerns from them about changes on the landscape, and its impacts to water, fish, wildlife and our western way of life. What I hear from fellow hunters and anglers is consistent with a survey commissioned by the National Wildlife Federation, examining the attitude of hunters and anglers regarding Global Warming; We hunters and anglers are witnessing the effects of global warming and believe immediate action is necessary to address it. Eighty five percent of us believe we have a moral responsibility to confront global warming, and eighty percent of us believe our nation should be a world leader in addressing this issue. I am definitely among the 75 percent of hunters and anglers who agree that Congress should pass legislation that sets a clear national goal for reducing global warming pollution with mandatory timelines.

Others can speak more authoritatively about the importance of wild places, wildlife, and associated hunting, fishing and other recreational opportunities to the economy of Montana and the West. And it's true. In Montana alone, more than one million people enjoy our state's abundant wildlife each year, contributing more than $880 million to our state's economy. But more importantly, our nation's wildlife and wild lands—along with related hunting, fishing and other outdoor recreational pursuits—provide unique cultural, social and even spiritual values not only for us Montanans, but for all Americans. This is why great American leaders such as Theodore Roosevelt fought so long and hard to protect what remained, in his day, of our nation's wildlife and wild places. Today, our wildlife and wildlands face threats that Roosevelt probably could never have fathomed. But I am confident he would not have shied away from the challenge. Neither should we.

This is not, nor should be, a partisan issue. In Montana, I know Republicans, Democrats and Independents who all share a concern about global warming, and a desire to see something done about it. For those who are still not on board: I urge you to take a closer look at the scientific evidence and consensus, set aside partisan politics and various industrial and corporate pressures, and tackle this issue with the sense of urgency and immediacy required. We have a moral obligation to do what we can and as quickly as possible.

The consensus in the worldwide scientific community is overwhelmingly unanimous, undeniable and strong, as is the actual on-the-ground evidence. To deny this is happening at this point is akin to denying the world is round and cigarettes are bad for you. It's time to wake up and do something.

We need to all urge our politicians and leaders to take immediate steps to curtail green house gas emissions; develop more conservative, responsible energy policies that include alternative and renewable sources of energy, more efficient ways of using energy, and reduce our need to burn fossil fuels.

Even with immediate, yet important reductions in greenhouse gas emissions, changes will continue with negative impacts to fish, wildlife and wild places and so it is also critically important that any legislation regarding climate change include funding specifically dedicated to help states protect and restore fish and wildlife habitat. By protecting and restoring critical habitat, we can help ensure that fish, wildlife and wild places will be more resistant and resilient to change, better adapt to change and be more likely to survive change.

All of us need to help spread awareness and persuade and rally other citizens to these efforts -- We need to urgently send a message loud and clear: The time for action is now!

What we do? What can you do? We can all do our best to keep informed, inform others and demand action. Below are some links to effective hunting, fishing and conservation organizations focused on climate change, with plenty of information, facts, statistics and suggestions and guidance for taking action. Check them out and get involved today -- our our hunting, our fishing, our wildlife, our wild places and our wild world depends on it.


Note: This essay is an updated version of my testimony presented before the U.S. Senate Environment and Public Works Committee: Climate Change and Wildlife Hearing, February 7, 2007. Unfortunately, little has been done since then and many politicians and American citizens continue to deny and evade the issue.
Posted by David Stalling at 7:55 PM