Freezing for Freedom: Diary of an American Patriot 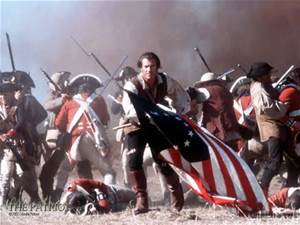 Day One: I’m cold. I sometimes wonder if Thomas Jefferson was this cold when he dumped tea in Boston Harbor, or when he crossed the Delaware to kill the tyrannical King George?  No doubt Teddy Roosevelt endured hardship at Valley Forge when he charged up San Juan Hill to fight tyranny and defeat communism. I’m sure the last thing on his mind was stealing land from hard-working, God-fearing Americans and putting birds above the needs of people. Our Founding Fathers would be rolling in their graves if they knew the infant nation they gave birth too has grown to be ruled by tyrannical dictators who charge fees to graze cattle and fine citizens for burning the land they took from us. As Lincoln put it: “Give me liberty, or give me death!” I’ll gladly take death, and I’ve got the guns to prove it! I will proudly freeze for freedom, just like George Washington did!


Day Two: When I served as a Green Beret Ranger in a Marine Navy Seal Unit . . . well, I can’t really talk about that. Top secret.  But let’s just say I saw some shit, a lot of shit, and I fought Muslims and did a lot of sacrificing for liberty and America. I try to remember that as the going gets tough here.

Day Three: I am not sure how much longer I can go without French vanilla creamer in my coffee. I have to keep reminding myself: It’s for FREEDOM!  But I hope supplies arrive soon.

Day Four: A gun accidentally discharged at a meeting this morning. Shot a hole in the floor. Ammon says no more guns at meetings. Clyde got angry and says that violates our Constitutional rights were fighting for. Ammon backed off, and said instead he’ll check guns at the door before meetings to see if safeties are on.  Clyde says that still violates the Second Amendment.
Day Five:  Everyone got up early for church. Ryan dressed pretty snazzy.  Clyde wanted to sleep in. Ammon told him to get up and go to church. Clyde says that would violate his Constitutional rights and religious freedoms. Ammon says the Constitution was shaped by Jesus, and to not praise Jesus is to go against the Constitution. Clyde says the Constitution allows him to praise Jesus his own way, and he went off in a corner by himself.  We’re all getting suspicious of Clyde and keeping an eye on him. Ammon suspects he might be a homosexual, which goes against the Constitution.

Day Six: I couldn’t sleep last night. I couldn’t get the notion that Clyde might be a homosexual out of my mind. I’ve never seen a real homosexual. It makes me nervous, because he sleeps near me.  Last night I watched him undress. (I couldn’t help it, he’s right near me.) He’s not like the rest of us. He’s very lean, like he works out or something.

Day Seven: Mama used to say “when the going gets tough, the tough get going.” Mama one, that is. Mama four didn’t agree. But Mamas two, three, six and seven did. Mama five just remained silent on the issue, like always. I go with the majority; I’m gonna get going!

Day Eight: I couldn’t help but watch Clyde got undressed near me again. He wears temple garments, so he apparently took part in the endowment ceremony.  It bugs me to see a homosexual wearing temple garments. They seem more sheer than I realized.

Day Ten:  George Washington showed up today. Not the real one, of course; he died in the Civil War. But it was a guy who dressed and looked just like him. It’s pretty motivating and inspiring. Makes me feel like I am part of Valley Forge where the shot was heard around the world. We all gathered around a fire last night and sang “Yankee Doodle Dandy” and the “Star Spangled Banner.” Clyde didn’t take his hat off. He’s says the Constitution says he doesn’t have to. But I watched him take his hat off later. And his pants. The dim light accentuates his muscles. I might work out when I get back home. If I get back home.

Day Eleven: Ammon knows how to motivate us when we are down. He tells us we’re heroes, like a woman named Rosa Parks. (Clyde says he doesn’t like being compared to a black woman, and he’s not going to be “politically correct.”)  Ammon says being in this building is like being in Hitler’s Bunker after Hitler left.  You can tell the Feds were once here; there’s bird books everywhere, and a big, thick document called, “Breeding and Nesting Habits of the Sandhill Crane.” Ammon says it’s part of the tyrannical conspiracy plot.  I saw my first Fed the other day, outside the perimeter.  It’s tough to tell the enemy from the good guys; he looked American. But so did the British. I can’t help but think of Mel Gibson in The Patriot. He played Jesus once too. He’s like Ammon. I am proud to be part of this day that will live in infamy . . . although it’s turning into a lot of days that will live in infamies. The Founding Fathers are with us in spirit. So is Jesus. I clean my rifle. I am ready.  I am an American Patriot! Freedom is not free! Don’t tread on me!